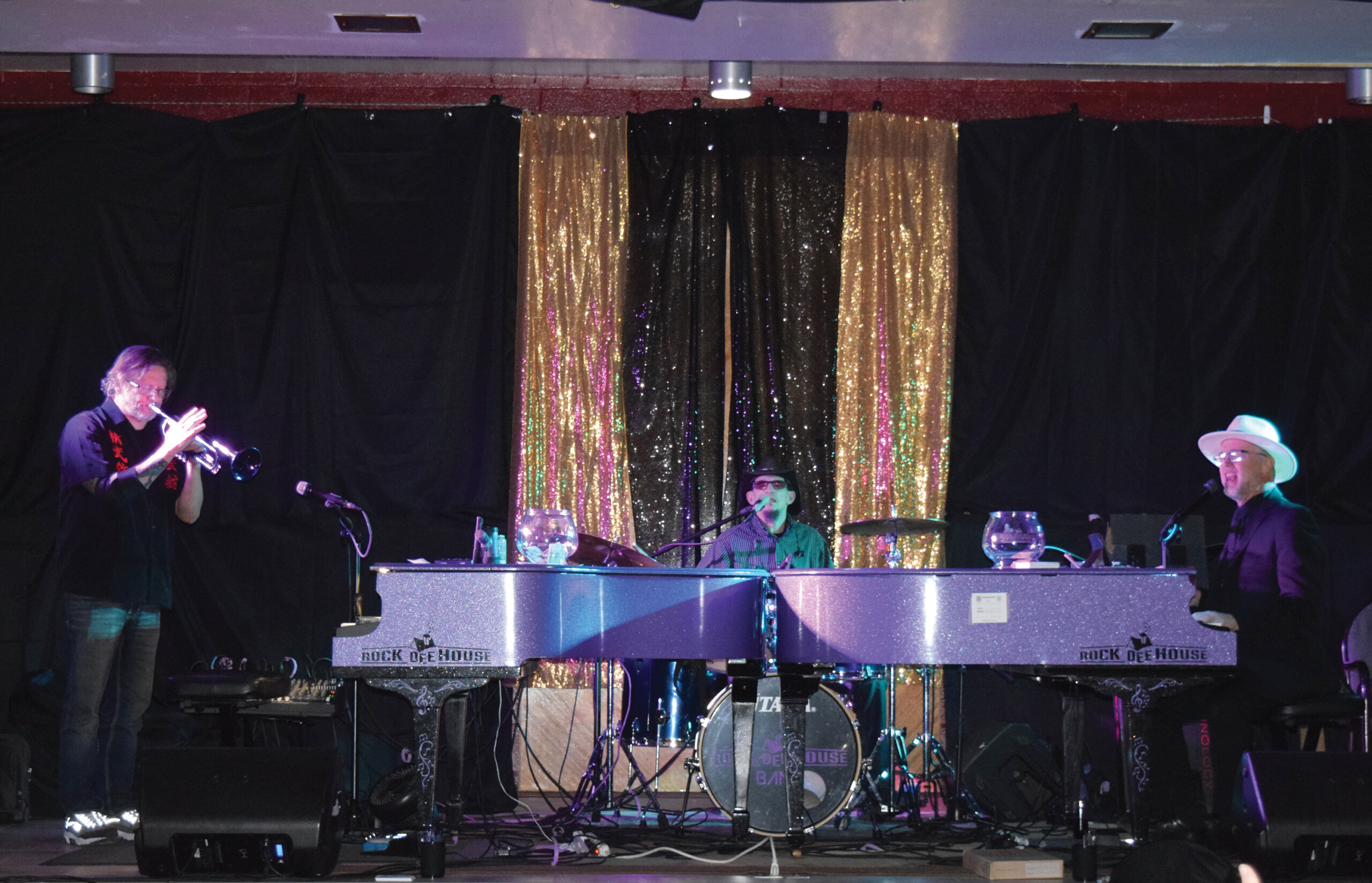 True to their name, dueling piano group, Rock Dee House, had almost everyone moving and grooving on the dance floor! 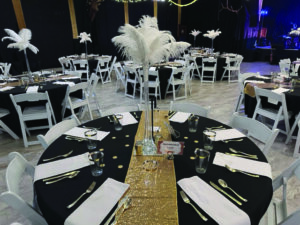 The Burns Elks Lodge was beautifully decorated for the gala.

Harney Hospital Foundation held the “Glitz + Glam” Gala Saturday, Nov. 19, at the Burns Elks Lodge. The event exceeded the Foundation’s fundraising goals, earning more than $16,000! All proceeds were put toward the purchase of a 3D tomography mammography machine for Harney District Hospital.

The formal affair featured a delicious dinner catered by the Burns Elks Lodge and served by members of the Burns FFA. Diners were also treated to decadent desserts by Rockin R Sweets.

The Elks Lodge provided an ideal venue, which was beautifully decorated by Foundation Manager Elisha Miller and members of the Foundation Board. Sage Country Venue and Rentals provided tables, chairs, and scaffolding to truly transform the space.

While they enjoyed their meal, attendees were entertained by the jazzy tunes of local musicians Dan Porter, Bobby Long, Michelle Yunker, and Steve Starlings who served as the house band. 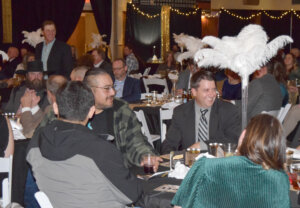 The well-attended gala helped the Foundation exceed its fundraising goals.

Following dinner, master of ceremonies Wyatt Shelley helped get the evening’s events underway with the announcement of the live and paddle auctions. Shelley did a masterful job of helping the entire evening flow smoothly.

Auctioneer Wesley Woolery added a sense of excitement and professionalism to the live auction. Woolery was assisted by spotters Dean White, Katlen Schimmelpfennig, Kurt Beaubian, and Chance Miller who helped keep track of bids and entice bidders to up the ante. Auction secretary Janae Trindle was instrumental in tracking and recording bid information.

The highest-grossing live auction item was the Hoyt Ventum Pro bow, which was donated by Riley Store & Archery. Congratulations to Kurt and Rachel Beaubien who outbid the competition and took home the coveted bow. Additional auction items were donated by 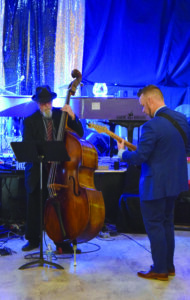 Dan Porter and Steve Starlings entertained the audience with their jazzy tunes.

After the live auction, a paddle auction was held. During this auction, numerous donors generously pledged to contribute various sums.

Together, the live and paddle auctions raised $13,540 in a matter of minutes!

Following the auctions, the aptly named dueling piano group, Rock Dee House, had almost everyone moving and grooving on the dance floor!

After two years of fundraising for a new mammography machine — through employee campaigns, small raffle fundraisers, the Skull 120 After Party, and contributions from Harney District Hospital — the Foundation secured the matching funds needed to apply for a couple of grants. The Foundation is the proud recipient of a $50,000 grant from the Ford Family Foundation and a $75,000 grant from the Roundhouse Foundation. With the addition of more than $16,000 from the “Glitz + Glam” Gala, the hospital was able to finalize the purchase of the new mammography machine for $288,688. This state-of-the-art technology provides images of breast tissue in layers, making it easier to find abnormalities and maintaining the gold standard in breast imaging. The hospital hopes to have the 3D mammography machine in place by the end of January 2023.

Foundation Manager Elisha Miller said she is “overwhelmed” by the community’s generosity.

“Year after year, your gifts impact the growth and development of excellent healthcare in Harney County,” she said. “The original meaning of ‘philanthropy’ was ‘love of humanity.’ That love is strong in Harney County!”